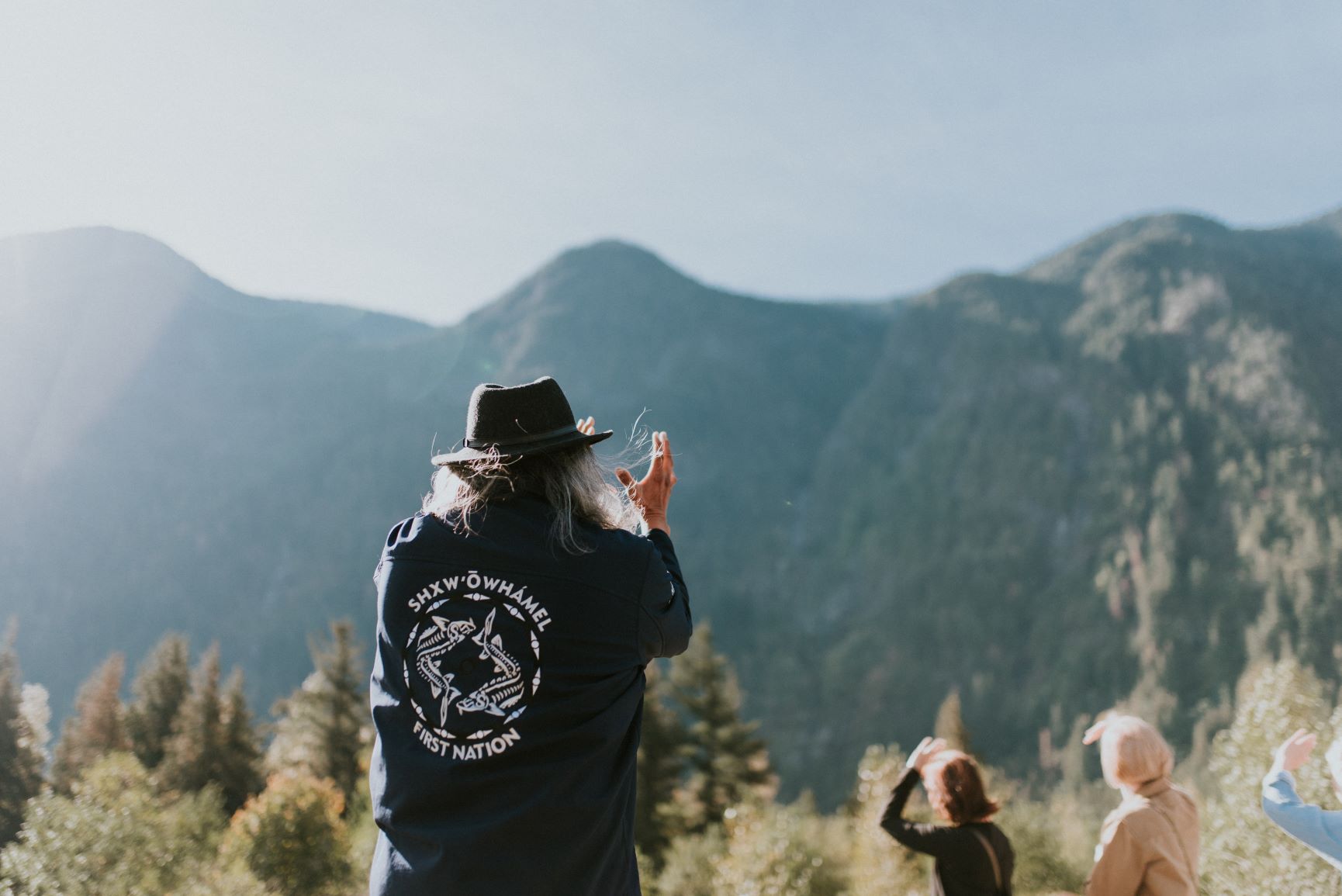 Welcome to Ts’elxwéyeqw (Ch-ihl-kway-uhk). The traditional language of Stó:lō (STALL-oh) in the Central and Upper Fraser Valley is Halq’eméylem. The name Chilliwack is derived from this language and means ‘going back upstream, as far as you can go in a canoe’ or ‘going into a slough from the river at the top of the head’, referring to the many sloughs at the mouth of the Chilliwack River where it flows out of the valley and leads to the Fraser River. There is much to learn and benefit from experiencing the great outdoors and deep Stó:lō connections to the land and resources. This blog provides cultural information on a few important place names mainly within the Ts’elxwéyeqw tribal area. 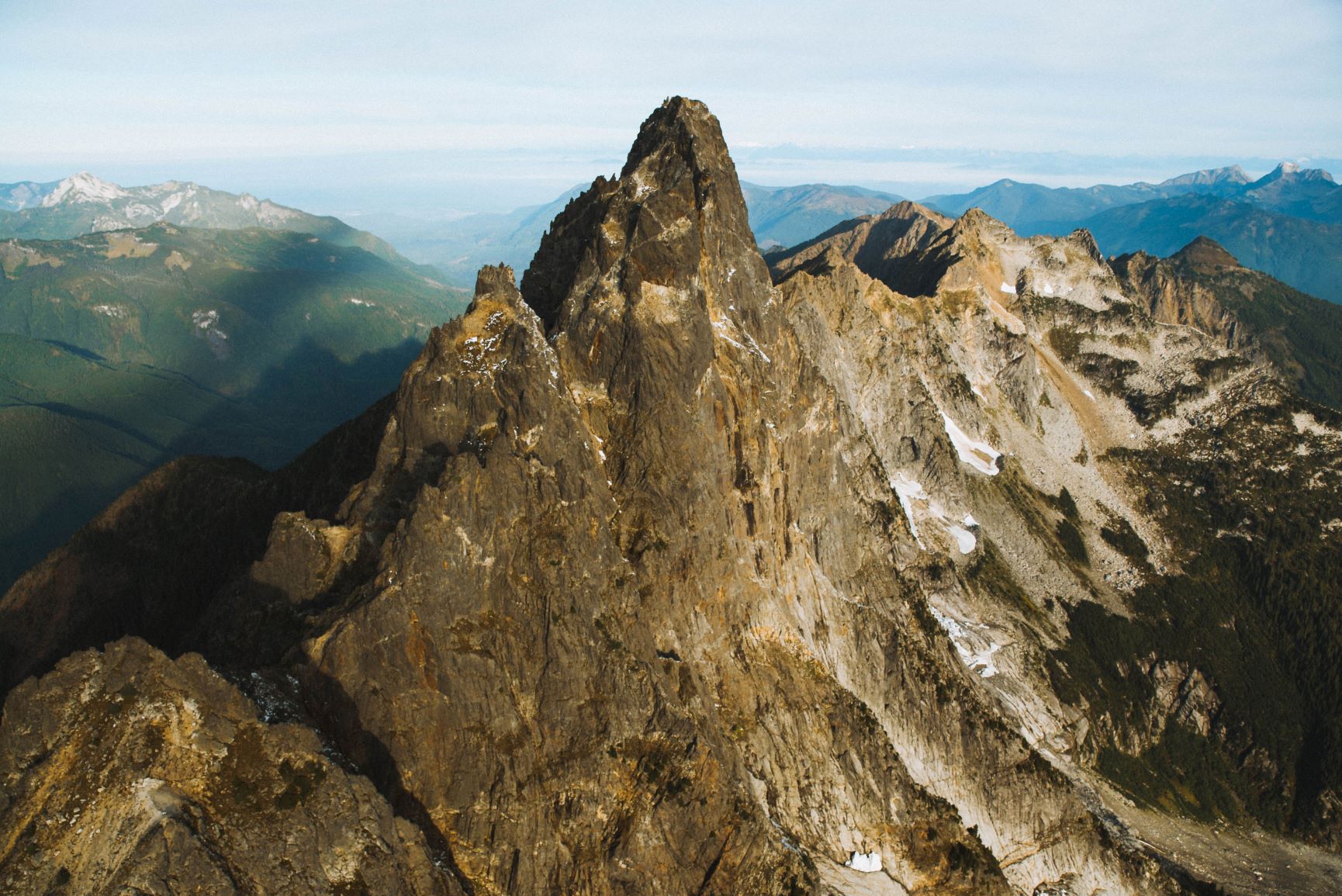 Selísi ‘fang’ – is the Halq’eméylem place name for this fang-shaped mountain peak, a cultural landmark resulting from a transformation by Xexá:ls, ‘the Transformers’. This name also applies to the associated creek and a precontact settlement where the creek and Chilliwack River meet. Stó:lō elders say this word is based on the old Ts’elxwéyeqw language, which was closely related to language of the Nooksack people from nearby Washington State. This name is still carried by some Stó:lō individuals today, connecting them to this powerful place. 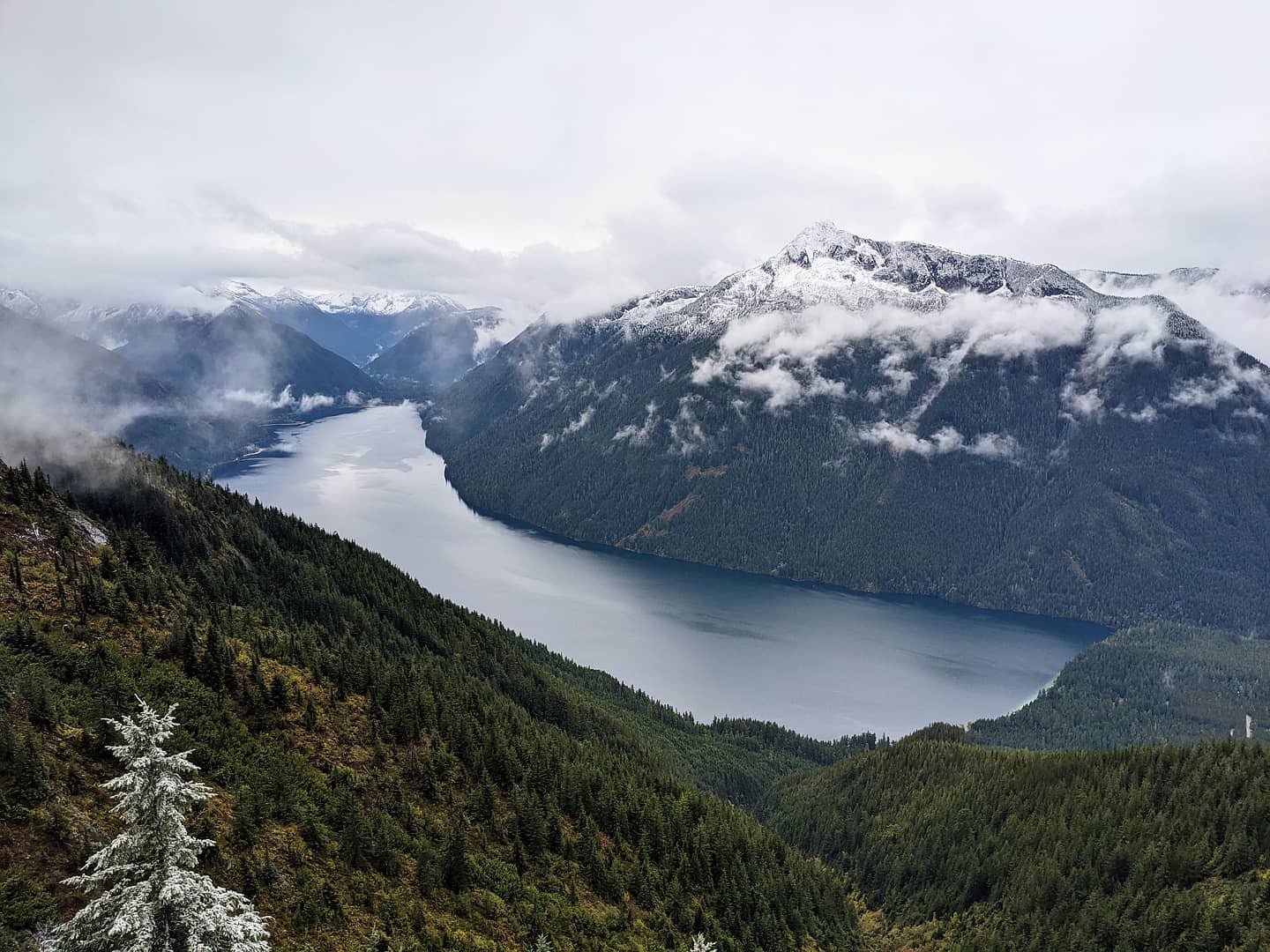 Sxótsaqel is the name for Chilliwack Lake meaning ’sacred lake’ and a home of S’o:lmexw (S-all-mux-w), potent spiritual beings called ‘water babies’. Sxótsaqel is the ancestral homeland of the Ts’elxwéyeqw tribe. Evidence still remains of the ancient houses that extended along the lakeshore. Archaeological research tells us that the people here maintained connections with the indigenous peoples as far away as eastern Oregon. Over thousands of years, the Ts’elxwéyeqw established settlements throughout the Chilliwack Valley, eventually clustering around Vedder Crossing and moving into the lower Chilliwack River and Fraser Valley. 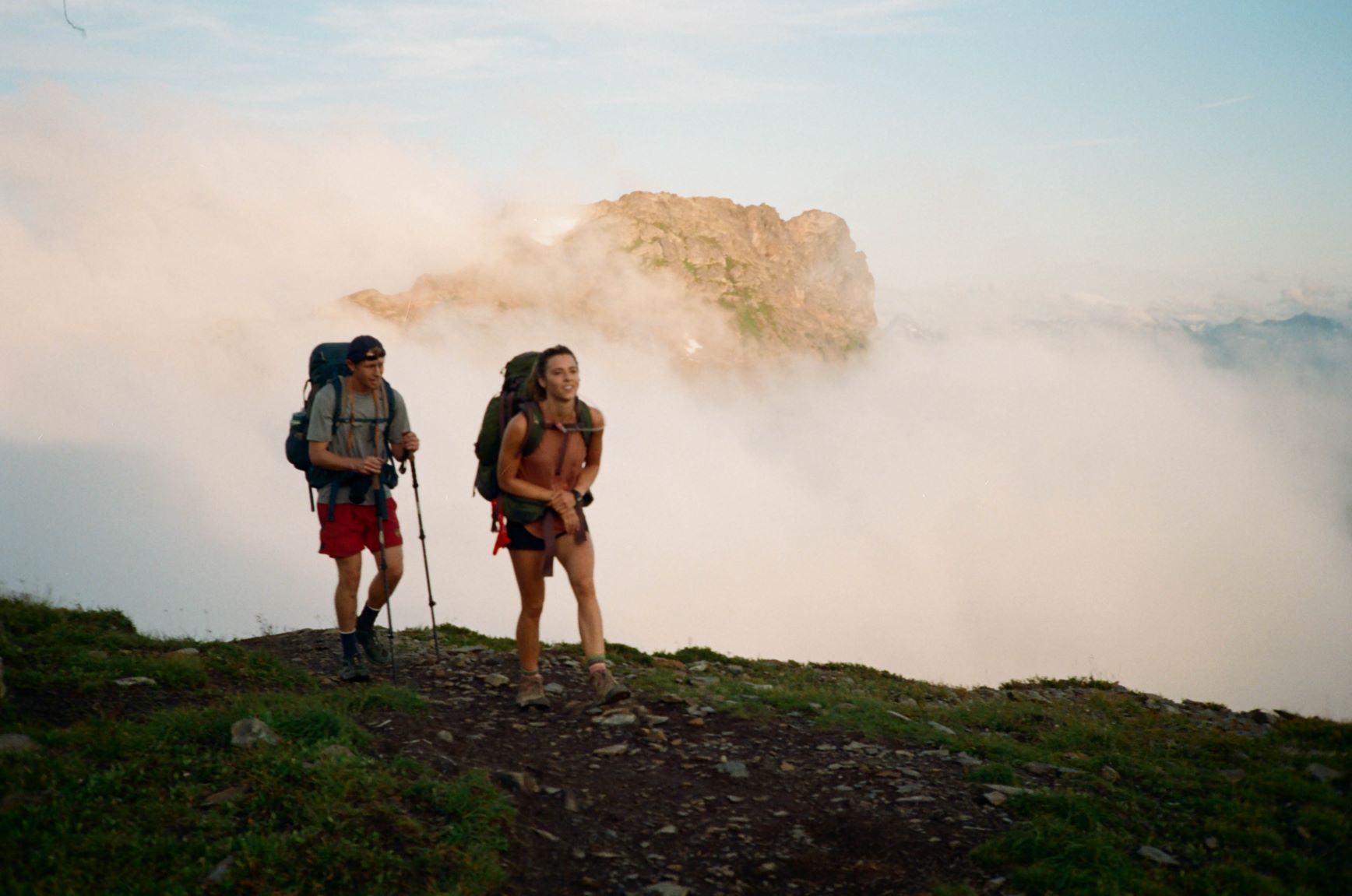 Lhílheqey, the placename for Mount Cheam, is the name of a woman who was turned to stone by the Transformers and given the responsibility to watch over the river and the people, so that no harm comes to them or to the fish that feed them. Lhílheqey means ‘glacier’, ‘to resoak’ or ‘rehydrate something’. The lakes on the mountain were used to rehydrate dried foods such as berries, meat, or fish. This was done during long berry gathering and hunting expeditions on Mount Cheam, an important gathering place of the Stó:lō. 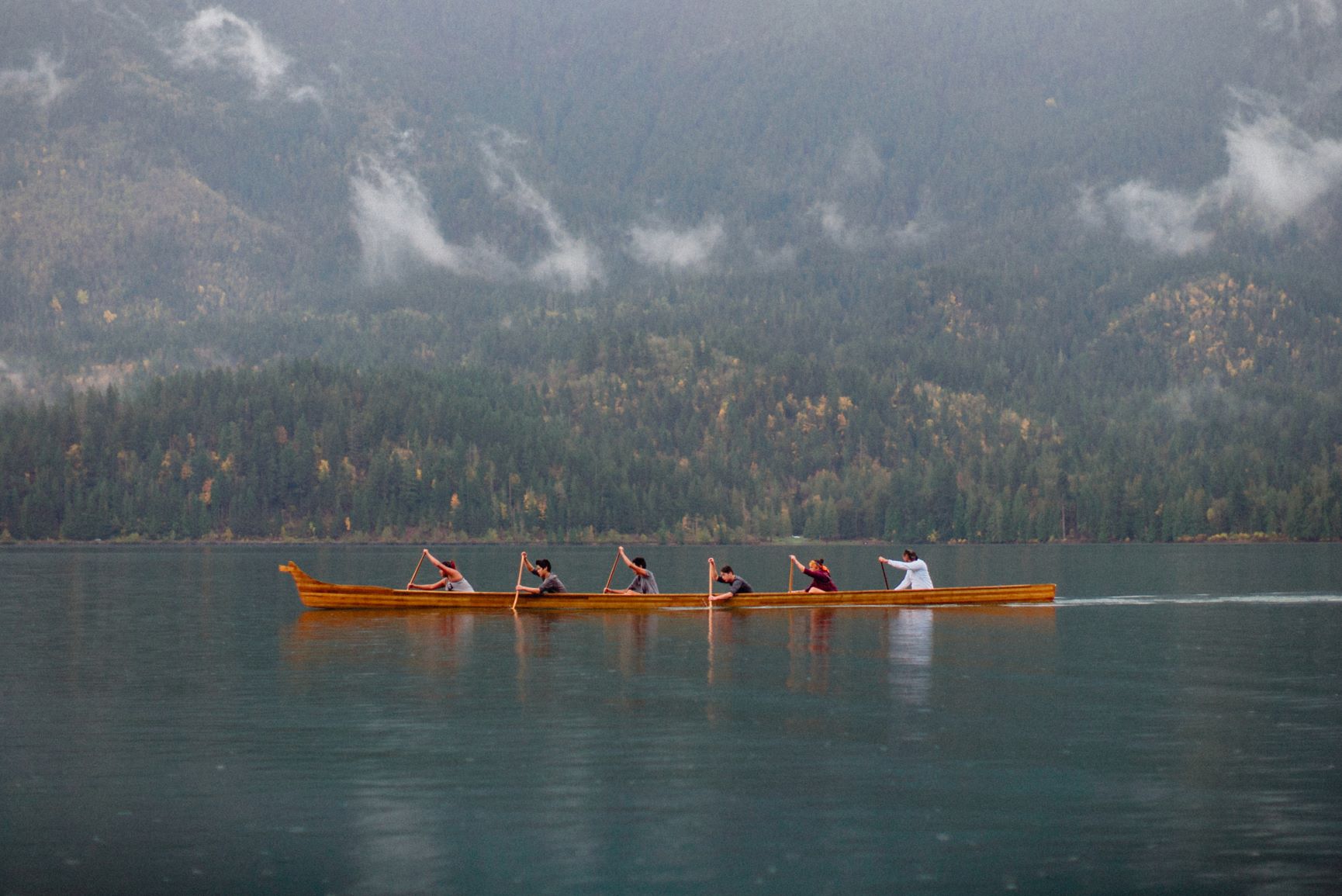 Swílhcha’ means ‘an empty basin that quickly filled with water’ or ‘somebody died’. Cultus, a Chinook jargon word, means ‘bad’ or ‘used up’. The power of the lake comes from the stl’áleqems (stl-aa-lakums), ‘supernatural beings’ – that inhabit its depths and were a significant part of the training needed to become a Stó:lō Indian doctor. So many trainees visited the lake that over time that power became used up.

There are a variety of ways to respectfully explore and experience S’ólh Téméxw, ‘our world’ or ‘our land‘ – an interconnected place of people, nature, geography, and history. For more information visit Tourism Chilliwack.

And, as always, be sure to tag us in your #ShareChilliwack moments!

Gear Up For Your Next Adventure: Outdoor Shops in Chilliwack

The outdoors are calling, and adventure is right at your fingertips. Prepare yourself for the upcoming season by visiting Chilliwack’s