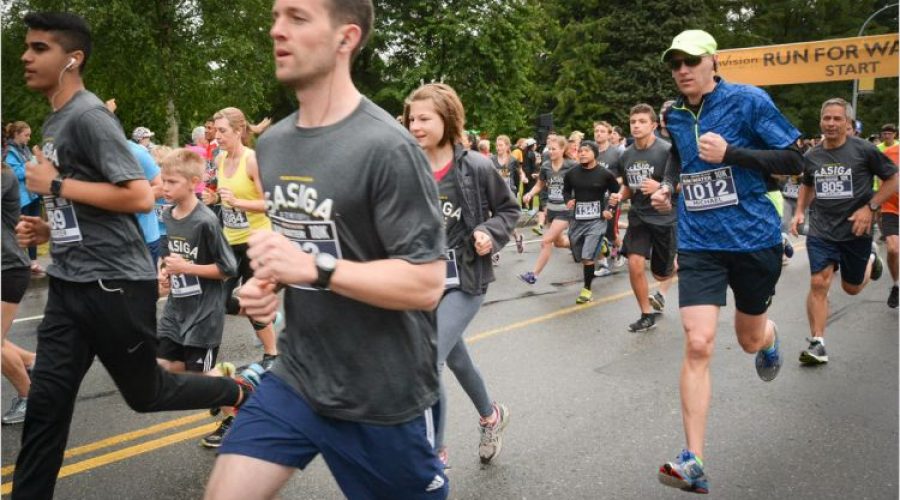 “CleanBC helps us use more clean and renewable energy in how we get around, heat our homes, and fuel our industry — setting us on the path to a cleaner, brighter future.

Seven months of B.C.’s climate action marathon and if CleanBC is akin to a marathon, B.C. has many miles to run.

With fever-pitched debates over the polarizing issues of building pipelines and pricing carbon pollution taking centre stage, the marathon task of realizing British Columbia’s vision for climate action and a clean economy often gets lost in the conversation. Coming out of the blocks in December 2018, the CleanBC plan is fuelled by $902 million over three years (in the 2019 provincial budget).

Seven months after the starting gun sounded on CleanBC, it’s worth checking up on the province’s progress in terms of policies, investments, and legislation. Based on our scan, the government is making headway, but it’s still early in the marathon and there’s much more ground to cover.

Electric vehicle sales up!
Electric vehicles appear to be a fan favourite, with sales surging in the wake of CleanBC.
Turbo-charged by government incentives, zero-emission models now account for six per cent of new vehicle sales in B.C. — the highest level in Canada.
A few months after B.C.’s 2019 budget, and with a boost from the federal electric vehicle incentive, the province’s clean vehicle program was oversubscribed. In order to help more people switch to zero-emission cars, the province dialed back the size of the point-of-sale incentives.

The government passed the Zero-Emission Vehicles Act, establishing the growing percentage of zero-emission cars automakers are expected to sell. By 2040, all new cars sold must be non-carbon polluting — a North American first. Regulations to reinforce this mandate are to be developed this fall and come into force in 2020.
Carbon pollution from transportation contributes nearly 40 per cent of B.C.’s total emissions. Light duty vehicles represent 15 per cent, heavy duty vehicles 13 per cent, and off-road vehicles five per cent of total emissions.

Money for building upgrades
The homes and buildings we live, work, and play in are responsible for nearly 11 per cent of B.C.’s carbon pollution, largely due to space heating. To encourage owners to upgrade residential and commercial buildings to achieve better energy efficiency and switch to cleaner fuels, the province upped the rebates for purchases of heat pumps, windows, and insulation. Will $3,000 in incentives for heat pumps drive this market akin to how electric vehicle sales have taken off? The level of uptake so far is unclear.

The province also launched the CleanBC Building Innovation Fund, making $1.8 million available for researching, testing, and piloting low carbon solutions. The government committed to reducing carbon pollution from public buildings by 80 per cent by 2050 through renovations of 1,000 such buildings — investing $58 million over the next five years.

More industrial pollution cuts needed
Industrial emissions account for 40 per cent of the province’s carbon pollution — with 20 per cent coming from the gas sector alone. The province is planning to reduce 2.5 million tonnes of pollution through the CleanBC Industry Fund. This program earmarks revenue from carbon taxes paid by industrial emitters to clean innovation projects.
B.C. is in the process of establishing regulations to reduce methane pollution from gas production that meet the federal requirement of achieving a 40 to 45 per cent reduction by 2030 — the equivalent of 1 million tonnes. Once finalized, these regulations will take effect in 2021. Also hitting the ground in 2021 will be the Peace Region Electricity Supply project. When the transmission line is up and running, carbon pollution reductions of 2.2 million tonnes are expected from electrification.

While we won’t see immediate emissions reductions from the gas sector for a few years yet, we do expect that every sector needs to do its fair share. With future liquefied natural gas developments a looming possibility, we will need to see the details on how LNG developments will fit within the province’s carbon budget.
Legislation on transparency

The government expects to introduce amendments to strengthen the Climate Change Accountability Act this fall. We need a transparent process whereby the government forecasts carbon pollution (with targets for each sector), tracks and publicly reports progress, and submits this data for independent verification (by the Climate Solutions and Clean Growth Advisory Council, for example), and adjusts policies accordingly. Making this a legal requirement will safeguard gains and ensure they are built upon.

Going forward
Implementing CleanBC is akin to a marathon. It will take some time to roll out CleanBC and confirm its measures will in fact add up to the forecast pollution reductions. Even so, the plan leaves us with a 25 per cent gap to our 2030 target. We’re hoping to see a plan next year to get us all the way to the finish line.

Promoting Window Efficiency For several decades now, environmental advocates have wished Canadians would spend more on their windows. But the 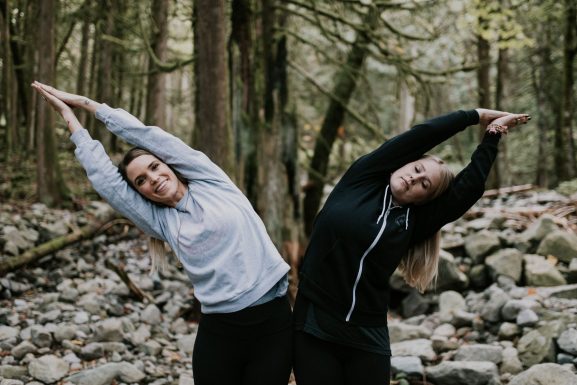 SELF LOVE IN THIS SEASON

We are all looking forward to the longer days of Spring and Summer, however there are great benefits that come